One of the UK’s leading potato packers has seen a dramatic increase in productivity after investing in new machinery.

Over the last six months, IPL, which is part of the ASDA family, has seen throughput increase by 25%.

In February, the company doubled the number of GIC machines operating at its Scottish factory and has since seen productivity increase by 15% and mechanical downtime reduce by 2%.

IPL acquired its Inchture site in Perthshire in 2015 and soon found the existing vertical form fill and seal machines to be inefficient and unreliable. In 2018, the company invested in its first two GIC8000 machines which can comfortably pack 80 bags per minute, an increase of 33% compared to the previous machines.

Kirsty Reid, Factory Manager at IPL Inchture, says: “Introducing the two new GIC machines to our line at IPL Inchture in February has been incredibly successful. We now operate four GIC8000s and as a result, the tonnage we can handle each hour has increased, and we’ve seen a reduction in downtime, with productivity rising beyond expectation. It’s been a very successful move for us.

“Sustainability is a fundamental part of IPL’s strategy, and we are committed to minimising our impact on the environment. As well as being more efficient than our previous machines, the GIC8000s use less film than the ageing machines we replaced, which is another positive.”

Later in 2015, IPL acquired its Inchture site and the company’s engineers discovered that the ageing packaging machinery in the line was inefficient and approached GIC.

Martin Raison, Applications Manager at GIC, says IPL was impressed with both the build quality of the 8000s and the company’s after-sales support.

“When we first started working with IPL in Scotland, they had several old machines, which were inefficient and required frequent attention,” says Martin. “We showed them the GIC8000 in operation, and they were immediately impressed. IPL’s team was also impressed by how GIC supports its customers after we’ve commissioned our machines. As a result of our ongoing servicing and support, we’ve now supplied four machines to IPL’s Scottish factory, and the increased throughput and reduced downtime show how good our machines are.”

Designed and built in the UK, GIC has developed the 8000 for high-speed lines packing into bag styles up to 400mm wide, with pillow gusseted or block bottoms. The GIC8000 integrates seamlessly with upstream equipment such as multi-head weighers, augers, pumps, cup fillers and counters. The GIC8000 also integrates with check-weighers and other downstream equipment. While IPL is packing potatoes, other GIC customers are using the 8000 to pack everything from snacks and confectionery, through to pet foods, powders, pulses, pasta, liquids and non-foods. 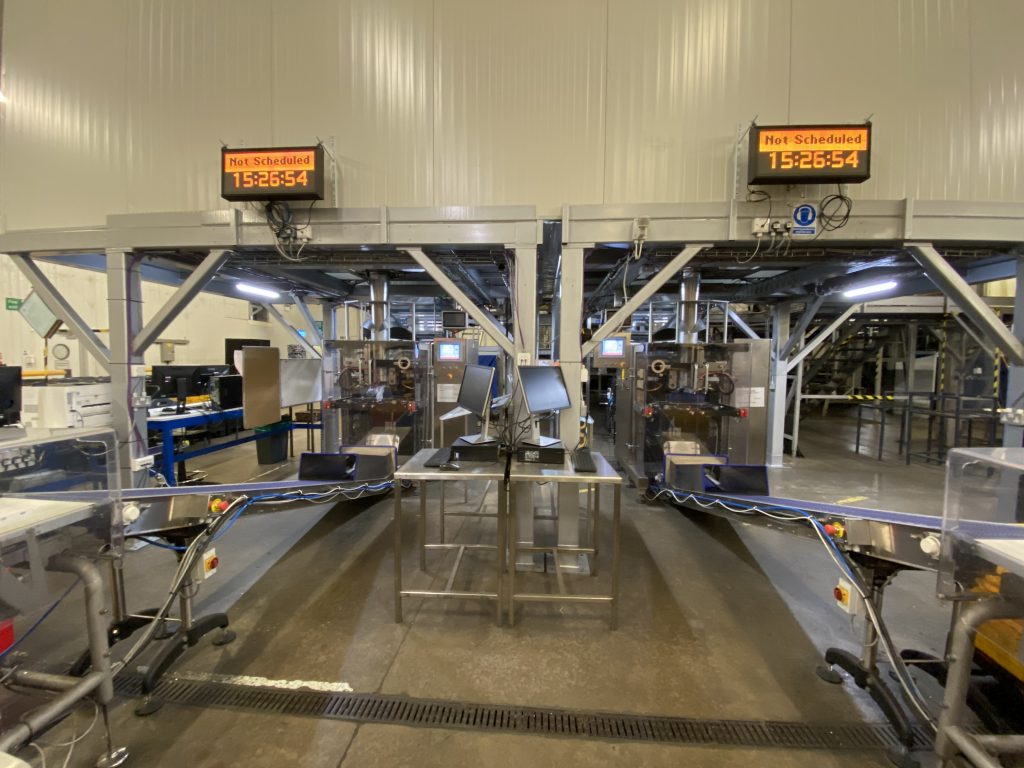 Based in Gainsborough, Lincolnshire, GIC was established more than 30 years ago and employs 25 people. The company manufactures an extensive range of vertical bagmakers, producing a wide range of finished bag sizes from 150 to 600mm wide, in both intermittent and continuous motion variants. All GIC machines offer low-cost ownership, robustness, reliability and exceptional build quality.